Racism and the Oppressor 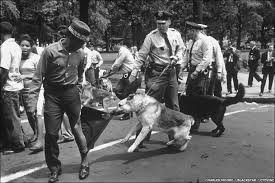 Why We Need African-American History from a Biblical Perspective

The following is a course written and taught by Rev. Dr. William H. Copeland Jr. for many years at the Morning Star Missionary Baptist Church in Kankakee, Illinois and across the country. The full title of the course is "Why We Need African-American History from a Black Biblical Perspective: A Socio-political, theological and economic review of the record of African-American history."
Probably the greatest legacy of slavery in America is racism. Racism is alive and well in America. It is more than prejudice. For we all are prejudiced. That is to say we make discriminatory choices in life. I have a right not to want to live next door to the person who dumps his garbage in the street. But if this choice is based on ethnicity rather than public health, then I am a racist. However, for the sake of clarification, racism needs to be defined as prejudice plus power. It is that socio-psychological ideology that shapes the behavior of the oppressor and the oppressed.

Racism gives the oppressor a false sense of superiority. Because of their parental training, and their participation in racist structures, whites in general have a superior disposition towards African Americans and other oppressed groups. Nobody is born a racist, yet millions are the inheritors of this evil ideology.

But again racism makes a liar out of the oppressor. We think of the Founding Fathers who drafted the Constitution and the Declaration of Independence, who penned profound words that had no meaning for the oppressed. When they wrote, "All men are created equal" they did not have African Americans in mind because we were not considered to be human beings.

As a rule black people need to develop a thirst for history. Each achievement today is made possible because of past experiences. A people shamed of its past is confused about its present and afraid of its future. The further we reach back into our past, the clearer the future comes into focus. You cannot leap into tomorrow without standing upon yesterday. Correct information about our past accomplishments produces inspiration and motivation which leads to greater self identity, self-esteem and even higher and nobler ideas and accomplishments.

The history of black Americans has been grossly neglected in American history books. Until recent years, it was not easy to get a clear picture of black life and history. There had been a tendency to treat the black man as if he didn't count or his history didn't merit mention. He was usually portrayed as a barbaric African, a happy slave, or the irresponsible carefree song and dance man. Amos and Andy are examples of this stereotype.

If one assumes that a man has no history worth mentioning, it is easy to assume he has no humanity worth defending. Black Americans were told that since our accomplishments did not appear in history books, we did not have any. This neglect was to the point that you could earn a bachelor's degree in American history and yet not be qualified to teach Black History.

Every race or ethnic group in the world has its own history and culture written or orally transmitted by their own race.

To keep this universal rule, black people should be no exception, especially because true information produces true aspiration which leads to true inspiration and motivation which will move our people to self identity, self-esteem and to higher and nobler ideas and achievements.

"And ye shall know the truth, and the truth shall make you free." John 8:32 KJV.

Over 373 years have passed since black people lost control of their divine right to distinguish for themselves the Biblical truth; consequently, the truth about black people has been buried under the non-Negroid perspectives of histories both secular and religious, by historians and theologians whose people reaped social, economic, political, ethnic and religious advantages from the mis-education of people throughout the world, especially black people.

Today, the true answers are buried in historical and Biblical graves. The truth may be buried in the deepest grave; however, the truth cannot be killed. In 1611, King James, as he prepared to introduce the black slave labor on American soil for this country's economic gain, engaged his scholars, who in translating the Bible into the English language, buried most of the references to blacks in the Bible. For 381 years, the western world threw shovels of dirty prejudice on the graves of Biblical truths about blacks in the Bible; however, the truth about blacks in the Bible could not die.