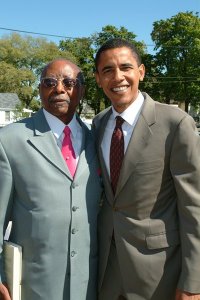 For almost 40 years, Rev. William H. Copeland, Jr. has been a shining star in the Kankakee community. Called to pastor the Morning Star Baptist Church in 1971, Rev. Copeland has consistently shown his concern not only for the souls and the spiritual well-being of mankind, but also for the social conditions that people face daily. Rev. Copeland has battled for the right of every child to have equal access to a quality education.  He has organized marches against gangs and violence. He has been a leader in the fight against racism and injustice throughout the Kankakee community and his service and accomplishments have been recognized nationally.


Born in Winn Parish, Louisiana to Georgia Ann and William H. Copeland Sr., Rev. Copeland was the last of 14 children. After completing his high school education in Winfield, Louisiana, he earned a bachelor’s of science degree from Missouri Western University in St. Joseph, Missouri.  He has been exposed to a wide variety of curriculums at various universities, including matriculation at National College, Kansas City, Mo. and the University of Missouri, Kansas City.  Additionally, he has received theological training from the following institutions: Western Baptist Bible College, Kansas City National College, and William Jewel College, Liberty, Mo. He has also been awarded an Honorary Doctorate of Divinity degree from Morris College, Sumter, S.C. (1975) and McKinley Theological Seminary, Jackson, Miss. (1977).

Before coming to Kankakee, Rev. Copeland was the pastor of the First Baptist Church of Elwood, Kansas for five years. He was chairman of the board of directors of “Black Citizens for Progress” a community group that secured a full time community organizer and built a new community center, debt free. He was president of the Baptist Training Union Congress of Education. Rev. Copeland also worked as an elementary and junior high school teacher and has teaching certificates from Kansas and Missouri. He coached football and basketball in Elwood.
In 1971, Rev. Copeland was called to pastor the Morning Star Missionary Baptist Church.  With his acceptance of the Morning Star pastorate, Pastor Copeland joined the Kankakee community in January 1972. He immediately went to work building the ministries of the church.  Not only did he start to build up the church spiritually with the start of several new ministries and an emphasis on Christian education, but he also undertook the building of a new edifice to house the growing congregation. 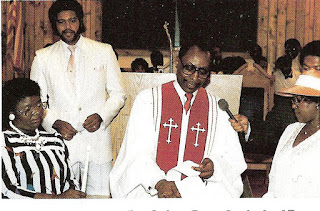 Under the tenure of Pastor Copeland, the Morning Star Church erected a half-million dollar edifice in 1976 for which the mortgage was fully satisfied in 1986 and purchased and renovated what now serves as the Morning Star Community Center. Additionally 3½- acres of land and the Jaffee Building were given to Morning Star. The ministries of Morning Star have grown tremendously with provisions of spiritual growth and opportunity to its parishioners, as well as currently being recognized as a positive, influential social and political icon in the Kankakeeland community. 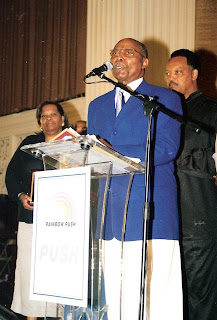 Pastor Copeland has also been an active participant in civil, social and community affairs. Upon coming to Kankakee, Rev. Copeland reorganized the Kankakee County branch of the National Association for the Advancement of Colored People (NAACP) and served as its president. He has served as president of the Northeast Side Ministerial Alliance. He was a leader in the creation of the Dr.  Martin Luther King Jr. Foundation. He also led in creating the community group Citizens for Children’s Rights to Education.  Rev. Copeland has also served as a Commissioner on the Board of Directors with the Kankakee County Housing Authority. He has served as part time counselor for minority students at Olivet Nazarene University. Rev. Copeland also was a member of the Mayor’s Transitional committee. He was Chairman of the Human Relations Commission for the General State Convention of Illinois. Pastor Copeland also served as Chief Advisor for the Young Pastors/Ministers’ Division of the National Baptist Convention U.S.A. He has lectured at the National Baptist Congress, Convention and annual meetings.
Some might describe Rev. Copeland as a drum major for justice, always organizing and marshalling the community to fight injustice and racism.  Before the media and other community leaders recognized the growing problem of gang violence, Rev. Copeland organized “300 African-American Men” marches to take a stand against the threat to the community.  He organized a countywide meeting to stop a planned Ku Klux Klan rally in the village of Bradley. In 1990, Rev. Copeland led an economic boycott against the Village of Bradley, Illinois when Bradley’s Mayor Kenneth Hayes said the Village would not recognize King’s birthday as a holiday because few black people lived in the village. More than 3,000 people, white and black, signed petitions vowing not to shop in Bradley until an apology was made by the Mayor.  After a three-week boycott, the mayor apologized and the boycott was lifted.  Continuing his efforts as a drum major for justice, Pastor Copeland recently volunteered to serve as Coordinator for the Kankakee County Chapter of the RAINBOW PUSH Coalition, founded by and under the leadership of Rev. Jesse L. Jackson, Sr. 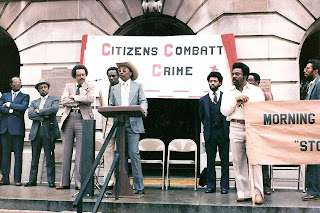 Rev. Copeland and Morning Star have hosted several prominent politicians over the years, including Barack Obama. Rev. Copeland has received numerous awards including the Ebony Esteem Award for “Man of the Year,” and “Most Outstanding Man in Religion,” for Kankakee County.  He has also been recipient of the award, “Minister of the Year,” from the Midwestern Illinois Laymen’s Fellowship.  Other community and civil service awards received by Pastor Copeland include an Illinois State Police Community Service Award;  Kankakee Law Enforcement Award; NAACP President’s Award for Outstanding Community Service; and two newspaper publication awards entitled, Most Influential African-American from Taylor Publications and the Kankakee Daily Journal.  He has also received the Dr. Martin Luther King, Jr. award from the city of Miami, Fla. as well as being the recipient of the Key to the City award from both Miami and Kankakee.
Rev. Copeland is married to the former Leola Coley.  He has two sons and daughter. He has a son, Walter (Tina); a son, Rev. K. Edward Copeland (Starla); a daughter, Monica Rochelle (John Fountain); he is the grandfather of William Jibri, Patrick, Tyra, Imani Monique, Abeni Jamillah, Titus Omari and Malik Jamal.

Any unauthorized reproduction of any material that appears on this website is strictly prohibited. Web site designed by John W. Fountain.